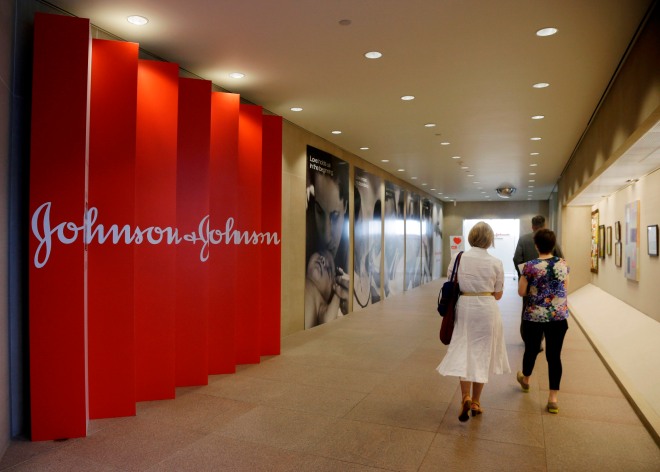 Johnson & Johnson recently announced that they would be pulling all YouTube ads “to ensure our product advertising does not appear on channels that promote offensive content.”

J&J isn’t the first company to be pulling digital ads. AT&T has pulled out of all Google nonsearch ads, which also pulls them out of YouTube ads. Enterprise has paused all YouTube ads. Verizon, while they did not name specific companies, has declared they have pulled out of “all digital nonsearch”, which probably contains Google partner websites and YouTube pre-rolls. This is all over their concern of the lack of control displayed from these two digital companies when it comes to extremist groups, particularly ISIL. But while these other companies have stated that terroristic messages are the reason for the boycott, J&J’s vague “offensive content” is dangerous.

When you buy digital ads through YouTube and Google, it’s the same sort of set up, since YouTube’s parent company is Google. Thanks to having the same system, it’s downright impossible to figure out every single video or website your ad will be shown on when you advertise with Google. While you can set exclusions for your AdWords and YouTube campaigns, there’s no ‘Can You Please Not Show This on ISIS Recruiting Videos K Thanks’ option. But YouTube’s filter is no stranger to controversy. And as Google-the-Advertiser, when a client wants their ad to show on popular videos with more than 100,000 views, sometimes a controversial video may slip past that filter.

But when your product can have a wide consumer base, like a car, it can be difficult to target consumers without falling to cliché stereotypes in an effort to avoid people you may think would watch videos like that. Which is probably how a Mercedes E-Class ad ran before an ISIL video. Yikes.

Clearly, Google has a problem here. This isn’t ‘protecting free speech’; this is showing indifference towards once of the most dangerous at-large terrorist groups in the world today. While advertisers have always had concern on where exactly their digital ads will end up, advertising with the chance of ISIL is a dangerous and unnecessary game. By pulling out of digital ad spending, these companies are trying to get Google to not only strengthen its content filter by not showing ads with content involving hate speech and terroristic messages, but to give advertisers much more control and transparency on where their ads are showing.

And I agree- if you are purchasing ad space, you should have a right to pick exactly where you want it shown. But if Google is swayed by these companies efforts and starts to open the customization floodgates, I’m worried on where that leaves us with censorship.

No, I’m not saying that the demonetization or deletion of ISIL content is censorship. I  think it’s disgusting how huge digital companies have sat idly as ISIS and others are able to spread their messages and recruit others on social platforms. ISIL has caused otherworldly harm to countless people on this planet. These companies cannot allow their platforms to be used to promote such hateful and destructive ideals- it’s giving ISIL power it desperately needs to keep its numbers up. These terrorististic messages need to be blocked and deleted.

But what happens when advertisers get to pick-and-choose over every video and piece of content on the internet? Like I previously mentioned, YouTube’s own filter has already, and is currently, the focus on controversy. The current issue is some YouTubers have claimed the platform has deemed certain videos with LGBTQ themes as not appropriate for children, and has filtered said videos to be only viewed in “restricted mode”. This mode can be used “to help screen out potentially mature content that you may prefer not to see or don’t want others in your family to see”. This means that, by an economic standpoint, YouTube is telling its creators that videos about LGBTQ topics are worthless. You will not make money on them. So the only way for a creator to sustain him/herself is to either avoid the topic in videos all together, or create enough ‘other’ videos that will create a big enough revenue stream without the LGBTQ videos. And this is just YouTube. What will happen when you throw advertisers in the mix?

Think about Philip DeFranco, who often covers politics, news, and other slightly controversial topics. He’s nowhere near extremist, but some of the current events he talks about can make advertisers squeamish. He’s big enough that not monetizing the more ‘risque’ videos won’t hurt him, but what about any upcoming YouTuber who isn’t as established?  His or her voice matters, too. And if desperately needed advertisers pull from news videos, content creators will start to avoid videos on current events. What kind of YouTube world would that be? I’m imagining a bunch of Kardashian makeup tutorials. Just because we all don’t have million of subscribers doesn’t mean we should talk about uncomfortable topics. LGBTQ topics, at least of the informative variety, should not be treated as the same as messages from an extremist organization. How else can we run a democracy without hearing the opinions of others? That’s how democracy works. We may not agree on everything, but we all need to be civil and hear and empathize with the other’s side.

Like I said, advertisers should have the ability to pick specifically where their ads are placed. But we have to think about the ramifications of free speech because of this. I can only hope that advertisers will keep the censorship to a certain line. But where will that line end up? Will Google end up like my Facebook feed, and I’ll only see ads from companies that align with every value I agree with? Will this begin a snowball of censorship that, once started, we can never go back?

Let me know what you think. Is this strategy too extreme, and in the end, only the little guys get hurt? Or is this the only way to get Google and YouTube to listen- a sucker-punch to their wallets?